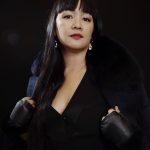 Claris Minas Manglicmot is the Founder and Creative Director of Couture Culture and Arts (CCA), producer of shows, editorials and fashion competitions. CCA is an organization that endeavors to support the diverse cultures and population of artists within Canada and internationally. Backed by a small but strong team, CCA has had a profound impact reaching, showcasing, educating and enriching the lives of artists.

Claris manages emerging fashion designers and does PR Services on consultancy basis. Her energy and entrepreneurial spirit led her to start a retail business in Canada, United Arab Emirates, Oman, Brunei and the Philippines in 2007.  The business remains her passion. Her past experience as hotelier refined her skills in human resources which contributed to her success in recent years.

In her early years her interests were vast and she nurtured them in her choices of extra-curricular activities and community involvement. She has ventured into painting and jewellery making.  She has worked as an Event Organizer and PR volunteer for different non-profit organizations including Women’s International Club (WIC). 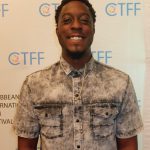 Kareem Gordon is a graduate of the Centre for Young Black Professionals program. His goal is to be a community activist, pushing to create safe and supportive mentorship programs for minority youth empowerment.  In addition to his natural writing skills, he has also been a radio host.

Find Kareem on Facebook/Instagram, or by emailing: kareem.gordon@gmail.com 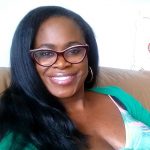 Karlene Millwood is an award-winning author, screenwriter, playwright, speaker and life strategist who is passionate about empowering others and helping them to live their best life. She is a well-rounded leader, having previously co-chaired the Women’s Internal Support Network (WISN) at a government organization for two years and led the women’s ministry at her church for another year and a half. Karlene was a 2014 nominee for the Ontario Women in Law Enforcement (OWLE) Community Service Award for her work in arts and entertainment. She was also selected in 2016 and 2017 to be among the Top 150 nominees to receive a Black Canadian (Business) Award.

She is a woman with very strong spiritual values and an avid jazz enthusiast with her own radio show, The Jazz D’Vine Smooth Groove. As a playwright and filmmaker, she wrote, directed and produced her first play, Forgiven, in 2014 and completed writing her second play, Diamond Life, in 2018. Karlene produced her first short film, Princess Lamp, in Vancouver in 2016, and her second, When Destiny Calls, in Toronto in 2017.

Karlene holds a Master of Business Administration (MBA) from the University of Liverpool in the United Kingdom (UK). You can stay in touch with Karlene through the following social media platforms: 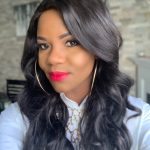 Leandra is a fashionista at heart. She hails from the beautiful island of Dominica in the Caribbean. It is known as Nature Island, and it is where she was introduced to her love of vibrant colours. She works primarily as a Licensed Paralegal alongside lawyers who practice test case and Charter litigation work. As an immigrant to Canada, Leandra feels the need to give back and is working toward becoming a lawyer to continue helping marginalized people. Leandra writes a fashion blog and moonlights as a freelance makeup artist and fashion stylist. 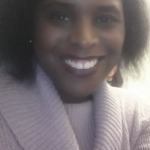 Akua Hinds was born and raised in the Greater Toronto Area by Barbadian parents. She works as a journalist, actor, music teacher, and musical performer.   Akua enjoys connecting with people and connecting people. She is an independent Passion Parties consultant, and owner of three worldwide niche dating sites. 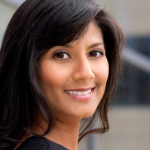 Mississauga Chiropractor and Registered Acupuncturist Dr. Lisa Ramsackal is dedicated to providing patients with the highest level of care to achieve and maintain healthy active life styles. She has a Honours Bachelor of Science from the University of Toronto, and obtained her Doctorate of Chiropractic and a 2 year Chiropractic Rehabilitation Fellowship Program from the Canadian Memorial Chiropractic College.  Dr. Ramsackal’s passion for holistic health care also led her to becoming a Registered Acupuncturist and Certified Personal Trainer.

Dr. Lisa combines her passion for health and wellness promotion and education through community and corporate involvement, various media appearances, and hosts a weekly health and wellness TV segment. In 2018 she took the bold step to expand her clinic in Streetsville, now called Innova Integrated Wellness Centre.  Find her at: 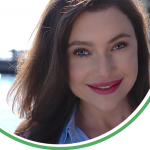 Ilona is anative of Belarus (one of the republics in the former Soviet Union, now an independent state), who moved to Israel as a child and immigrated to Canada from Israel with her parents when she and her sister for a better were grown. She was initially a graduate of a human resources program at Humber College, spending over a year in the HR profession when she came to the conclusion that this was not something she wanted to do.

Ilona was 25 years old when she decided that “health and wellness was my thing,” and re-entered Humber College in Toronto for a 2-year Nutrition Management Diploma Program, graduating in 2016.  On the surface, this appeared to be an abrupt career change.  She wanted to do something special with the general public, and came up with the idea that she would devise nutritional recipes that would be cooked fresh, packaged, and delivered to clients on the same day.  The program was developed by May 2017.  Every Sunday has become an assembly line of preparation, cooking, packaging, and delivery.  She has hired a publicist who has exponentially raised Ilona’s brand awareness and brand recognition.

Find out more by going to:  NutritionBalance.ca. 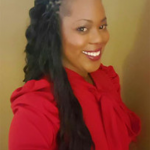 Michelle has been in and around the Creative Realm for a few years now, previously part of the African Fashion Week Toronto team, previously involved with the 2015 Juno Awards and she also was the Executive Assistant for the C.E.O of Canada Glass Awards in Toronto a few years back. Michelle’s fulltime career has been within the Commercial Business Insurance field for over 18 years, as a Broker she holds her (CIP) designation (Chartered Insurance Professional) and ensures her clients are properly covered at Acumen Insurance head office.  Michelle joined the SMJ team officially after having covered the 2014 African Fashion Week Toronto for SMJ. Her passion for fashion and hunger for experiencing new things has made Michelle the perfect fit to be an integral part of the SMJ Magazine team. Along with her passion for Fashion & Entertainment, she is also interested in writing stories that reflect her faith and stories that encourage others.

In 2019 Michelle decided to take her passion for fashion to a new level, and stepped out in faith to create my own fashion legacy in 2020. Her company is called “FashionFaith78 Boutique”.